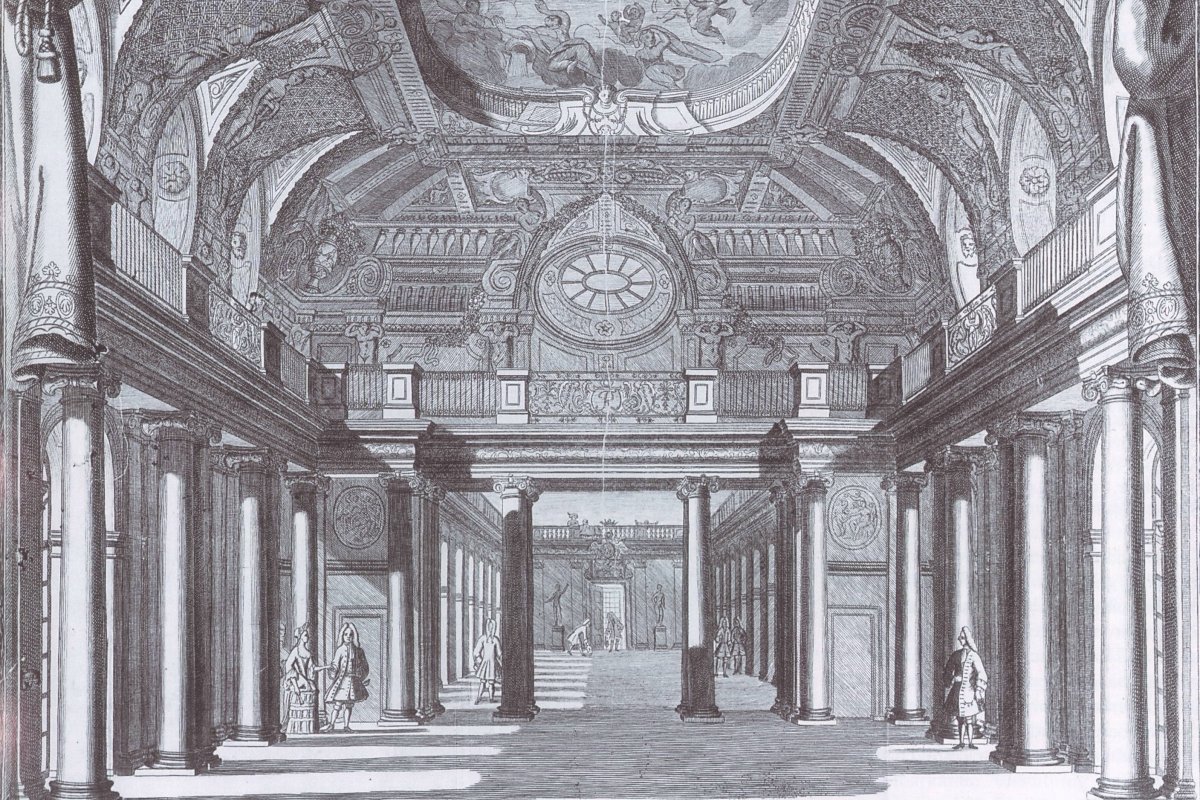 In 1696 Duchess Sophie Charlotte of Hanover, wife of the Prussian Elector Friedrich III, commissioned the construction of a summer residence in the small village of Lietze (Lützow). At first the architect Johann Arnold Nehring started with the drawings for the object, after his death the master builder Martin Grünberg took over the management of the building project.1699 the small castle was inaugurated as Lietzenburg (or Lützenburg). Under the aegis of Andreas Schlüter, two south-facing company and servants' houses were built in the following years, which separated the courtyard of the small castle.

With the coronation of Frederick III as Prussian King Frederick I and Sophie Charlotte, Queen of Prussia in 1701, Eosander von Göthe took over the further expansion of the summer residence. By widening the palace, he combined the ensemble of individual buildings into a spacious overall building.

After the death of Sophie Charlotte in 1705, King Friedrich I of Prussia renamed Lützenburg Palace as Charlottenburg Palace - and commissioned Eosander von Göthe to carry out further extensions. Between 1709 and 1712 the characteristic middle risalit of the palace received its magnificent dome. Adjoining the palace to the west, the elongated building of the Great Orangery was constructed during the same period.

The Great Orangery was built as a functional building, which - in keeping with the baroque spirit of the time - was distinguished by its magnificent architecture. During the cold winter months, around 500 orange, bitter orange and lemon trees overwintered in the two daylight-flooded wings of the building.

In the summer months, the Orangery was already then regularly used as a venue for magnificent court parties and balls.

AUDIENCE MAGNET AND EVENT LOCATION IN THE HEART OF THE CAPITAL

During a bombing raid on Berlin, large parts of Charlottenburg Palace and the Great Orangery were severely damaged. After the end of the Second World War, detailed reconstruction took place, which was completed in 1957 with the restoration of the dome. Today, Charlottenburg Palace is the last remaining city palace in Berlin - and is considered by connoisseurs to be one of the most beautiful historic aristocratic residences in the world.

In addition to the generous baroque architecture, the palace impresses with its artistically constructed ceiling vaults and pompously furnished living rooms.

The art exhibitions in the New Wing as well as the baroque palace garden, which opens into a spacious landscape park, also contribute to the attraction of the palace.

Like the palace itself, the Great Orangery was restored to its former glory with its reconstruction in the 1950s and 1960s - and is now available to you as an exclusive event location in Berlin.

Further information about the palace can be found on the website of the Stiftung Preußische Schlösser und Gärten.